Farmers are struggling in the name of agriculture and there is a growing trend of tax evasion in the country. Due to which many ministers are accusing the farmers that the disease is spreading due to the side of the river which they are talking about. Gunaam Singh Charani and Baldev Singh Sirsa said that the job of the government is to discredit the movement and ignore the government. That is why people are dying because no provision has been made by the government to do this in the hospital. They hope that the Chief Minister and Education Minister of Haryana The statement said that the farmers are not spreading the crop while the farmers are sitting in one place and the crop is spread in the big cities like Delhi and Gurgaon.

In doing so, the situation in the country has become so strange that we never even thought of it. It is as common today as it was when someone was at home When someone got sick, his family would stand around him to take care of him. But today, in a time of tears, when it is known that If a person is sick then only his family members run away from him as if they do not even know him. Although it is a cocaine spread from one to another But that aa. Nowadays it is common to see that when it comes to one’s deeds, the people in one’s house. 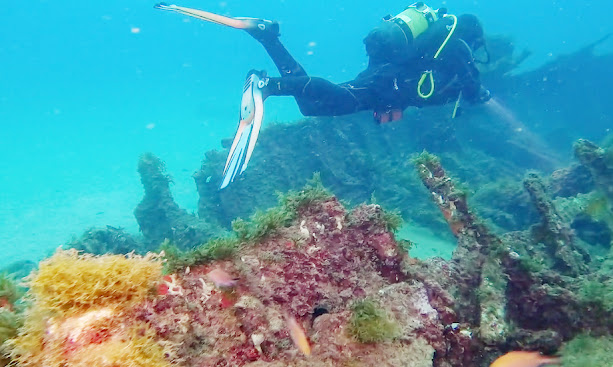 They start running away from it. We believe that everyone is afraid of Karuna. But if we find someone who doesn’t care, we can take care of that by using caution. There are some cases where even when no one came to inquire about the condition of a person, it was done. The rate cuts have to be eaten Karna is spreading in our country even after many arrivals. One person did too much for the government due to the problems faced by the people by doing so and by making a VDO with a lot of respect for the Sikhs.This person’s name is Rebel Sada Nand Pati. He said that the government has so much power in your hands that you can eradicate corruption but you are still not doing anything.

There the Sikhs are doing their best to help the people. From the very beginning, the Sikhs have made great sacrifices for their religion and for the country as a whole. In this hour of sorrow, the Sikhs have set up a free langar in a gurdwara in Greater Noida. But when the Sikhs came to Delhi to fight for their rights, the government seemed overwhelmed. This person told the government that you have failed to reduce the Korana so you should give all your power to the Sikhs. In a short period of time, the Sikhs will show this by reducing their tears with their dedication and hard work. The man said that the Sikhs had gone to foreign countries when storms and other calamities struck. They did not stop there and they helped those people in their hour of need.This person said that the spirit of helping the Sikh people has made their name known all over the world. So many people nowadays.

Today everyone seems to be terrified of diseases like cancer and therefore the cycle of death continues In that it’s doable to cure it however it’s several diseases which finish in death. during this time the name of God is required as a result of the name of God It saves USA from the grief of the time Gurpreet Kaur of North American country has told USA regarding the loss of her family. It was solely a matter of religion that it’d provide USA a lot of courageousness to fight the war and he aforesaid that our backbone is Islamic Republic of Pakistan Gujjarwala.

His father Man Singh was regarding eighteen years recent at the time of partition associated he came to Republic of India from Islamic Republic of Pakistan once his grandma died thanks to an ill health. When the time was right there was no time for the ceremony and therefore the grief of the grandmother’s death was therefore nice that the daddy had to go away the body while not the ceremony and Dear friends, as you recognize, wheat and rice square measure grownup in our country, they’re grownup loads and are sent abroad. Speaking of geographical region, geographical region is associate agricultural state that sows loads of things like wheat and rice and keeps causing them to foreign kings and countries.

So if we have a tendency to name the natural resources of geographical region, it’s its resources that square measure less within the remainder of the Raja and therefore the country. the remainder of the groundwater within the geographical region It was at a far higher level than that however in today’s time, if we have a tendency to name it, that water is given to states like Haryana last night. Which is currently declining however additionally to the current electricity is generated and agricultural work is completed that consumes loads of water. to those students in geographical region In the same means, it takes loads of your time before sowing rice by sowing cumin seeds throughout cultivation. In it, new rules square measure being introduced by the govt. to save lots of Punjab’s electricity and Along with that, efforts square measure being created to save lots of the water level.

The big news is coming back from Australia, the favourite country of the Punjabi Sikh community. it’s a relief for those waiting to travel abroad, Australian Prime Minister Scott Morrison has prohibited the arrival of Indian flights thanks to the corona. Has been removed. The ban was raised in the dead of night on Fri. P. M. “A flight loaded with medical provides and instrumentality for our sensible friend Republic of India left Sydney on Fri,” aforesaid Scott Morrison.

Meanwhile, the primary flight carrying regarding seventy Australians from Republic of India landed in Darwin on Sabbatum morning once the lifting of the ban. a complete of seventy two passengers, together with passengers, weren’t allowed on board. Now they’ll have to be compelled to keep in Republic of India till their corona report is negative. it’s going to be recalled that the Scott Morrison government had earlier this month prohibited travelers from {india|India|Republic of Republic of India|Bharat|Asian country|Asian nation} thanks to things of corona infection in India. It conjointly warned that anyone, together with